WHAT DID THE ANCIENT RABBIS KNOW? 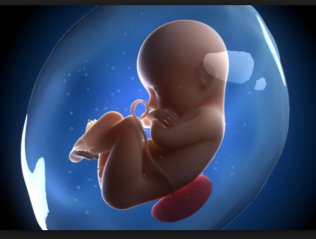 Just as there are no atheists in foxholes, when you’re pregnant (I’ve been told) it’s irresistible to say a prayer for the wellbeing of the child inside you. So first, I assume you’re here because you or someone you know is pregnant.  Good luck and bless you.

As in many other aspects of life, the Jews have ancient wisdom for what to pray for when you’re pregnant.  In fact, the Talmud prescribes different prayers for different stages in the pregnancy. Incredibly, these prayers correspond to biological facts that science wouldn’t know about for fifteen hundred years.

Collectively, the rabbis of the Talmud seemed quite knowledgeable about the facts of sciences like biology, chemistry, astronomy, botany, and physics and they show remarkable acuity about these matters throughout their discussions. The Greeks and Romans performed regular autopsies on fetuses to advance their scientific knowledge, and the rabbis would be conversant with their discoveries. But it is farfetched to speculate that they knew subtleties about gestation that weren’t established by science for more than a thousand years later. Yet, the prayers they prescribe show such precision in timing that it seems they must have known somehow.

How did they know? How did they know more than the Greeks and Romans around them and anticipate knowledge that wouldn’t be discovered for more than a thousand years?  After all, it isn’t as if they conducted their own experiments.

Before we try to solve this mystery, let’s take a look at the prayers they prescribed for different phases in pregnancy.

Here is how their schedule corresponds to biological fact.

The Talmud in (Berachot 28b) begins its script for prayers during pregnancy for right after the moment of conception.

Of course, this begs the question of how a woman or her husband would even know the day of conception. There were obviously no pregnancy tests then like there are today. (These test for a specific hormone, human chorionic gonadotropin (HCG), which is only released when a fertilized egg attaches to the lining of the mother’s uterus; in other words, when pregnancy begins and weren’t developed until a couple decades ago.) How did the Talmud  become scientifically knowledgeable (or informed by a mystical tradition) about biological facts that weren’t discovered by modern science until many centuries later? Maybe this prayer was to be said after every act of intercourse, just in case.  Not a bad idea, really.

Praying during the first three days after conception has the same mystery as above. Short of intuition (which is certainly possible) or a modern pregnancy test, most women don’t know they are pregnant until they miss their first period, which on average is many days after the actual moment.

Before conception, a woman’s body produces a cervical mucous that creates a protective environment for sperm. If a sperm swims beyond the cervix into the uterus and into the fallopian tubes, they live about three days. If it succeeds, it penetrates the mucosal defense and attaches to the wall of the uterus.

So praying to make the sperm viable in the first three days after intercourse shows inexplicable insight into the phenomenon, given that the sages would have had no way to confirm that sperm remains viable for that long in the uterus, nor that a female egg can be fertilized by it.

During the first few weeks after fertilization, the embryo is in a so-called “indifferent phase” of its gender determination. At this point, an embryo has both male (Wolffian ducts) and female (Mullerian duct) organs, regardless of whether it is ultimately going to be a boy or a girl. In other words, the embryo is literally neither male nor female but both, potentially. At around the sixth week  after conception, a tiny (< 1 millimeter) genital bump appears called the “genital tube.” Until the ninth week, the reproductive apparatus – internal tubes, organs, etc. – is identical in all babies in the womb whether they will eventually become male or female.

That is why even though the intrinsic XY (male) vs XX (female) genetic identity of the embryo is determined at fertilization, when something goes wrong with morphology – the expression of the genes into physical characteristics – an androgyne may eventually be born.

This precision about the exact point at which gender is “expressed” and its genetic mechanism has only been established in the last century.  In other words, even if the rabbis studied or received general information from the Greeks about dissected fetuses, they would not have had this level of detail, for it would have been impossible to detect these subtle anatomical distinctions without a microscope.

SO it’s remarkable that the rabbis prescribe a prayer for the sex of the baby in this specific period. If you get over the obvious sexism of the prayer (common in all cultures even through the 20th century, it begs an extraordinary question: “How did the rabbis know the determination of gender – male or female – could even be answered one way or another, let alone in this specific time period?” Was it wishful thinking? If so, why would the prayer stop being relevant after forty days? Did the rabbis know through observation of dissected fetuses from the Romans, or were they in touch with a stream of knowledge that lay beyond empirical observation of the material world?

Accumulated folk wisdom over many generations about spontaneously aborted fetuses in this period of pregnancy might have informed later prayers.  But in this phase, it is almost inconceivable that there was any specific biological knowledge about gender morphology. After all, the embryo is smaller than a pea at this point and the presence of both male and female anatomical potentials are minute, almost microscopic, features.

As to the sexism, there were few cultures in which this favoritism for male babies wasn’t dominant. In many cultures, it still prevails, so the condemnation is anachronistic, a little like condemning Shakespeare because he wasn’t Marxist.

Furthermore, wouldn’t it have been natural to assume that gender is determined at conception and not at some later time? Even posing the question of when the sex of the fetus is determined seems like it should have been far beyond the ken of science in the first centuries, let alone pinpointing with pretty good exactitude when the phenomenon occurs.

In short, the prayer for the gender of the child in the Talmud transcends rational explanation.

This prayer is designed to prevent gross physiological abnormalities in the development of the baby. The study of the progress and causes of congenital anomalies, a science that arose in the last two centuries, is called “teratology.”

About 30 days into fetal development, the embryo develops pharangyeal arches that look like gills. It’s hard to say the fetus looks like a human being until about the sixteenth week (about 110 days) or later. About four months into development, when the fetus is about five inches long, cartilage hardens into bone. Until then, any aborted fetus would look something more like a small fish.

The Aramaic word ‘sandal‘ in the Talmud refers to a flat ocean fish that literally looked like a sandal, perhaps a flounder (which is so flat it has both eyes on the side of its body facing up).

However, the Talmud here seems to have knowledge of a principle that wasn’t formulated until the 19th century. Ernst Haeckel summarized a popular scientific theory that at different stages of its development, a baby in the womb superficially “recapitulates” – that is, re-enacts – the drama of evolution, from unicellular organisms through tadpoles and fish, to more complex species, to mammals and primates, and finally humans. His phrase for it was “ontogeny recapitulates phylogeny“: the growth of a single organism in utero mimics the procession of the phyla of species up the evolutionary chain.

Of all the prayers, this is the one that more likely is explained by accumulated observation over generations. But nonetheless, the Talmud shows uncanny, perhaps divinely inspired, knowledge of fetal morphology which Western science doesn’t know until a millenium and a half later.

5. From 3 to 6 months: “Please don’t let the fetus become nonviable” (don’t have a miscarriage)

This is an obvious anxiety that the mother or father would pray to avoid. Yet most miscarriages occur before the 8-12th week of pregnancy; that is, before three months. Why do the sages prescribe it for after the most dangerous period is over?

One answer may be that by the beginning of the second trimester, at the beginning of the three-month period, the mother is keenly aware of the vital being growing inside her. Furthermore, even though statistically most miscarriages occur in this earlier period, the jeopardy to the mother’s health through miscarriage now starts to increase dramatically! In Jewish law, until the baby emerges, the mother’s health takes precedence over concerns about the growing life inside her.

By now, everyone is getting eager for the pregnancy to come to term. You can’t help but smile at this one. The prayer has a minor flavor of saying, “Please let’s get it over with!” But it is also true that chances of the viability of the fetus greatly increase. These days, the viability of a six-month old fetus reaches 50% exactly at the 23.5th week, or in the six month!

A River of Secret Knowledge

So what was the rabbis’ source if not inherited Roman and Greek scientific wisdom as well as their own observations?

Jewish tradition says that there is a secret river of knowledge that flows from the time Moses was on Sinai three thousand five hundred years ago and got the two tablets inscribed by the Finger of God. There was also an orally communicated compendium of secret wisdom, the Torah she ba’alpeh, passed down from Moses through word of mouth from generation to generation. This Oral Law and the written Hebrew of the Torah contains knowledge that is still unfolding and still being confirmed by science. According to this mystical belief, since God created the universe and both the written and oral Torahs are His cookbook for Creation, all knowledge is contained within it.  The rabbis’ extensive foreknowledge of later science seems to confirm this belief that they had access to secret wisdom than mere coincidence.

Finally, we need to acknowledge how fitting it is for us to pray for the success of pregnancy. Science has not succeeded in creating any new life from non-living matter. This is quite surprising, given both the advanced state of our knowledge of biology and the number of times it has boasted we are close to creating life. Yet, the Frankenstein fantasy of forming new life from inert materials – both a wish and a nightmare which has haunted us since at least 1818  – hasn’t materialized, despite advances in genetics and biochemistry.

I personally happen to believe it never will. Of course this is an assertion of blind faith, and one day I may be proven wrong. But if you believe in a spiritual dimension to the universe, and more specifically in the God that Jews imagine, then creating life is a talent reserved for Him, and creating a new human being can only be done as a partnership between humans and God. In the interim, as we’re suspended between the scientific hope to create life and the mystical faith that only God can do it, praying for the success of bringing a new soul into the world is a pretty fine way for the mother-to-be and her mate to spend the nine months wait.

This site uses Akismet to reduce spam. Learn how your comment data is processed.